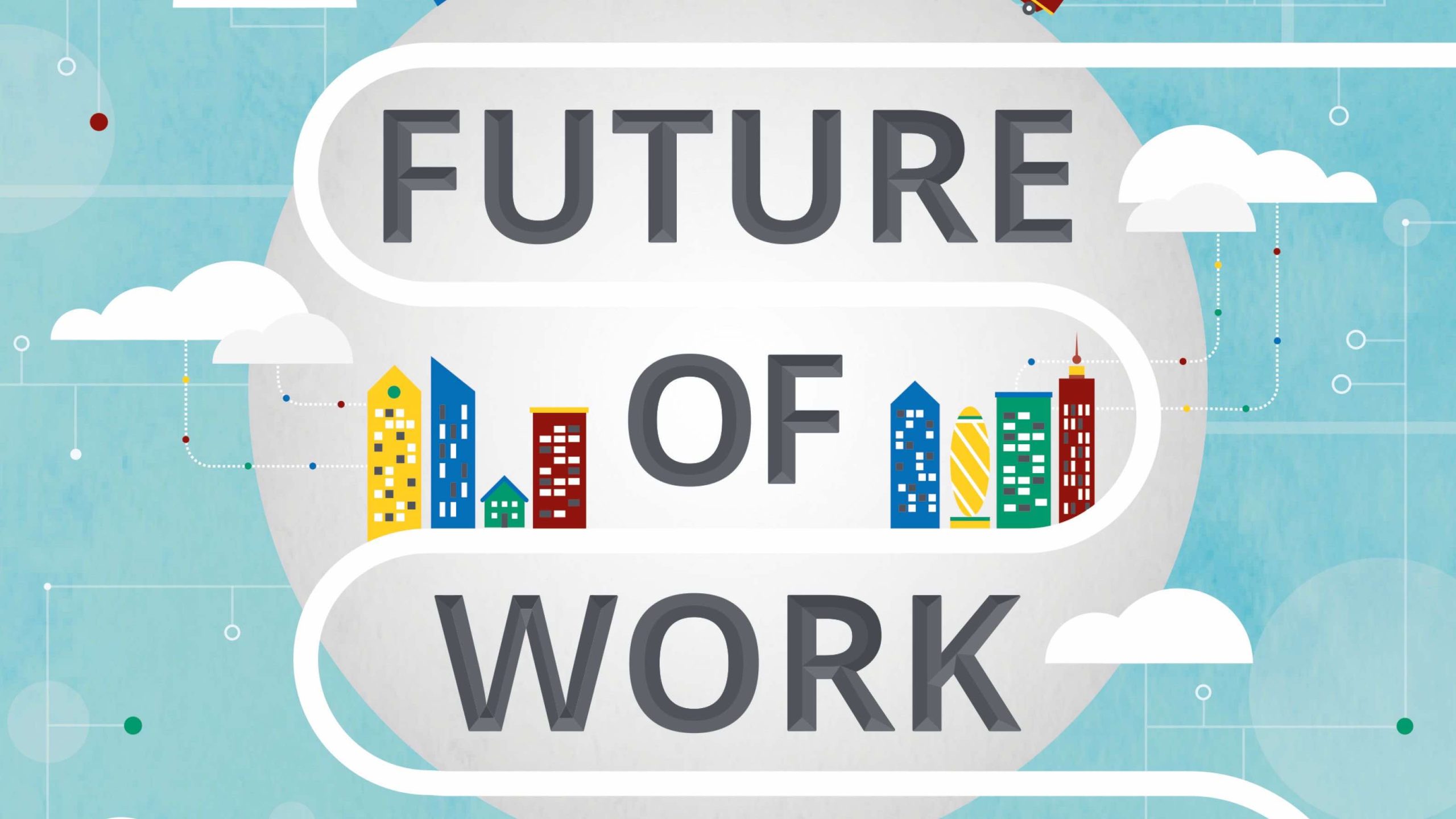 Have you ever been worried that the speed of change will leave you behind? That you are going to be like one of your technophobe relatives, fumbling over a new phone or scratching your head on a laptop screen someday?

Well, if you consider how the future of work is shaping up, you may be right to worry. When AI is integrated into the workforce and conventional models of jobs are being replaced, we all need to keep up with new technologies. Staying important means recognising the changes before they arise, and proactively adapting to them.

The good thing is that there are things we can all do to prepare for the future. These include learning new skills and qualities that are going to be at a premium in the coming decades and how we can maximise them. Creativity will also be very important in the same way that leadership and communication will be adapted in the future.

However, there is a need for each steel himself/herself for change and creating a strong personal brand since this will be as important as one’s CV. Igor Stravinsky teaches creativity and how future networking will be more like a school reunion.

Related: The future of work

Focus on your personal brand

Whether or not you like it you have a personal brand. Your personal brand starts from your way of doing things, your beliefs and desires, and how you make people feel when they are around you, it is the whole picture. This is not new and everyone has his/her own personal brand. However, in the future, your personal brand will be very important as it will be used to climb the career ladder. Therefore, there is need to work on your personal brand because with the technological advancements there will be less face-to-face contact with the people who hire and promote you.

There is a need to go above and beyond what is typically required to catch an employer’s eye. Therefore, only the people with distinctive personal brands and reputations will stand out above the rest. Your personal brand needs to identify you easily and efficiently, much as a consumer brand does a product. In the future, managers are likely to consider a consumer brand and a personal brand as pretty much the same thing. That means you’ll have to detail what makes you special. To do so, you must first look deeper into who you are, and why you are doing what you are doing. For an employer, nothing is more strong and desirable than a person who is confident of his profession and purpose in life.

To keep ahead you need to become a master of communication. In this world of the future, complicated knowledge would have to be interpreted and shared rapidly. Continuous disruption and change will occur in much of our life, and the most value will be those who can understand and then communicate new knowledge. In an era of digital data, any who are unable to keep up with all this change may become as redundant as mini-disk matches. There are three strong facts you should present your information, backed up by statistics and data. When you do that, you will need to indicate every truth verbally.

You will also have to explain what the details you want your colleagues or supervisors to do in conclusion. You are going to want to remind them of this last segment so make it transparent and impactful. If action is needed then leave them with a sense of urgency. If you have brought them some kind of breakthrough, then make sure you stress the point. The future means we will have to adapt quickly.

To navigate the future, adaptability is key

If you don’t adapt fast, you will find it difficult to navigate the future. The groundwork has already been laid for faster change; the key technological foundations have been laid. Consider the telephone when it was invented it took 75 years to reach 50 million users for landline use. That is because it took a long time to install the necessary infrastructure. Conversely, after just 19 days, the Pokémon Go app reached 50 million players. This was because the game was built on top of other exponential innovations such as cell phones, the internet and increased reality.

We are at a time when tech-driven creativity is moving ahead of our adaptability. Recently, the CEO of Google’s underground research company, X, Eric “Astro” Teller, drew a graph that measured the evolution of human adaptability and technological advancement. While the human line is moving slowly along, the technology line is jumping up and off the human adaptability path. There are three core things you can do. You need to engage first. This means staying engaged proactively with what’s going on – and not just in your area, but more generally with the world. Stay interested in advances in technology, new ideas and fresh perspectives.

Second, you should switch on. Simply put, learning to embrace them quickly, when you feel the winds of change blowing. It is about identifying opportunities that bring change, rather than dwelling on the negative ones. Finally, just release. This means letting go of something which might hold you off. Perhaps it is fear of the future itself. Or maybe it’s a hang-up to try something different because you’re investing in the old way. Whatever it is, you’ve got to let it go, raise your sails and catch the future storm.

Harness your creativity to survive

There is one thing we can be sure of when we innovate faster. Machines will do much of our current jobs better – especially those that are highly repetitive or require data processing. That raises a problem. When computers are better at the tasks of mechanical and data processing, which human attributes are still to be valued? Crucially, creativity is top of the list. It is one of the things that makes humans different from machines-at least for now.  Research is showing how important innovation has already become in the business world.

The software giant Adobe released global survey findings in 2016 that revealed some potent truths. Adobe found that those in the United States who identify as “creators,” such as software developers, architects or graphic designers, had a household income that was 13% higher than non-creators. The survey also showed that two-thirds of those interviewed thought innovative people made leaders, parents, and students better than others. It found that creators were more likely to identify with being “innovative,” “confident,” “problem-solvers” and “happy” than noncreators.

But the survey also found that, given all the good news for designers, only 44 percent of respondents were living up to their artistic potential. There is a lot of talent that has been wasted. And if you don’t think you are artistic, you have creative side-all human beings do it. So what can we do to maximize that? There are three things. Firstly, forced change. One thing that can help speed up the process when it comes to cultivating the part of the brain that is responsible for imagination is doing new stuff. This is sort of a shock treatment that will startle your creative abilities into action.

Most of the great geniuses of history instinctively recognised this and embraced eccentric habits to help construct them. Indeed, inventor and founding father Benjamin Franklin thought when he was naked and cold he was the most productive! And every morning the composer Igor Stravinsky would be standing on his head for 15 minutes. The next thing to bear in mind is that visualisation is vitally important. If you can visualise your end target, the neural pathways in your brain glow as if you were doing it. So when you imagine giving yourself a rousing speech or winning a departmental award, you are halfway there already! Visualisation helps train the brain for the job you need to be doing.

There is emotional control there. For too many disruptive noises in the modern world, you need relaxation to get your imagination focused. So try whatever works for you-meditation, mindfulness, or managing stress. Clear a space in your mind, then let the riot run on your creative side. The future looks marked by a technological revolution, with dramatic changes to conventional models of employment. We will need to become more adaptable, encourage creativity, and get into the habit of lifelong, continuous learning to remain relevant. Networking would also involve guidance and encouragement from old friends, as society becomes more atomised and insular. Finally, leadership will have to get much more involved, dynamic, and accommodating to adapt. 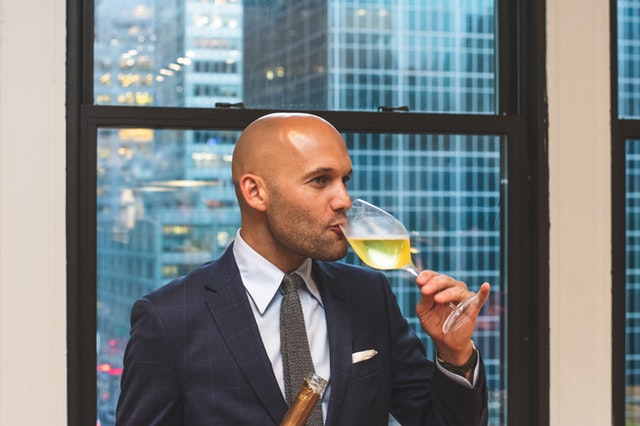 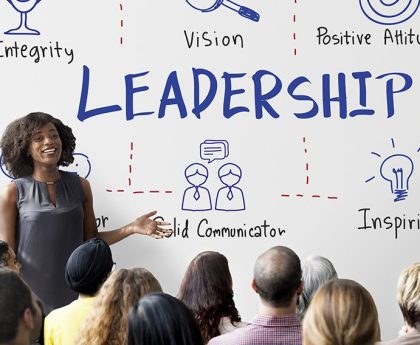