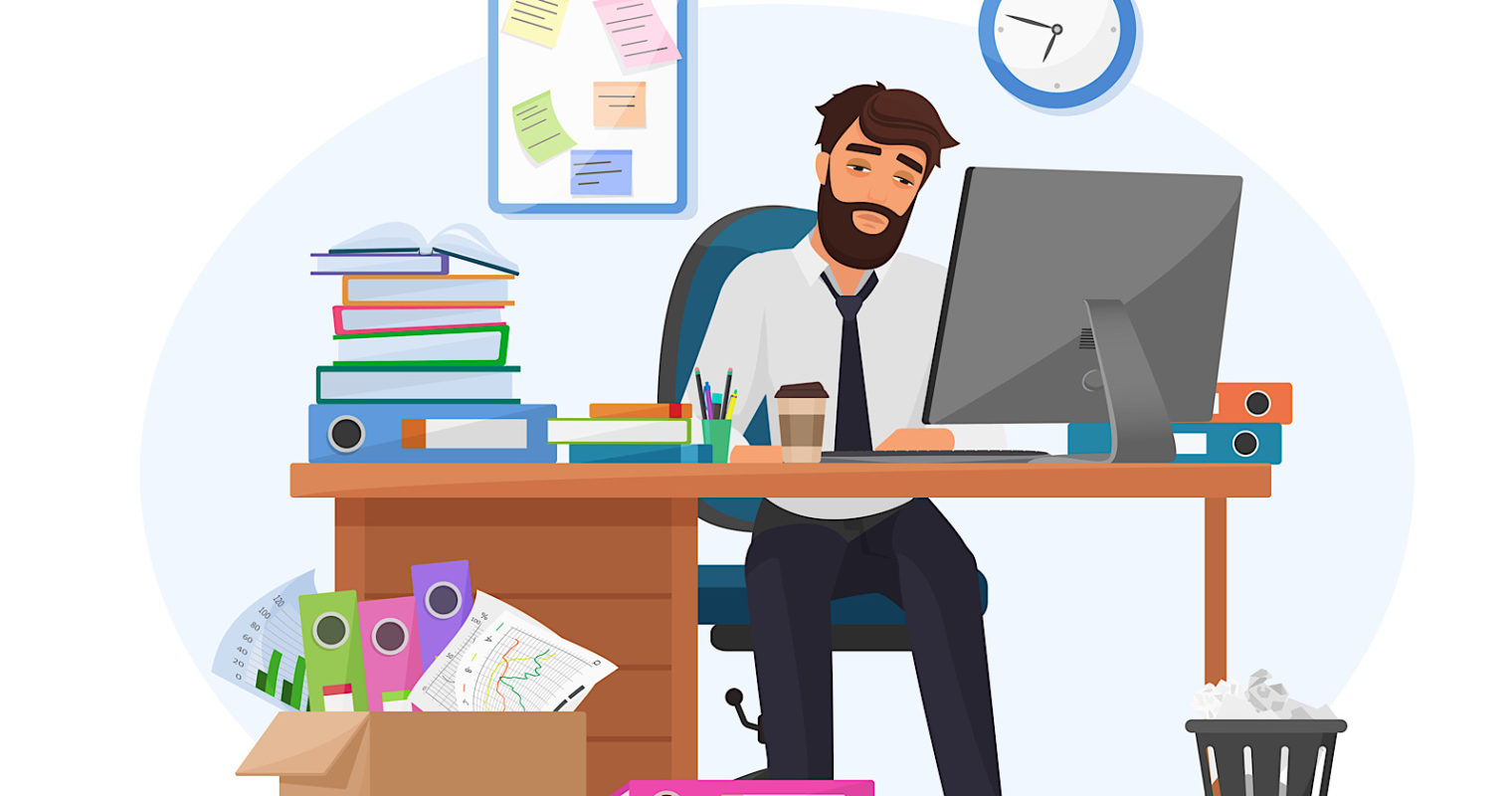 When there is adequate job security, you do not have to worry about losing your job. In this article, we give you a list of the safe jobs existing and the skills you will need to stay viable. It is important to consistently update your skills and be willing to be flexible in terms of job title and geographic location if you want to ensure job stability.

There are now more job openings than people to fill them but recruiters believe hiring will become more competitive according to a Jobvite Recruiter Nation study done in 2018. After an individual goes through the competitive recruitment process and gets the job, job security will be their priority to make sure they stay employed.

Job security is important now more than before due to the COVID-19 pandemic (check out the impact of COVID-19 on worldwide employment). According to the Oxford Dictionary, job security is the state of having a secure job and from which one is unlikely to be dismissed. But how can individuals determine if their jobs are safe or not?

According to OECD, job loss is the disappearance of a job as a result of basic structural economic shifts rather than ephemeral fluctuations in demand. Job loss can be because of an organizational restructuring or reorganising, job restructuring, outsourcing or replacing jobs with technology. Statistics show that 37% of workers are worried about losing their jobs directly because of automation.

In 1978, Kaufman described job obsolescence as the capability to be effective in future work roles. The term obsolescence can be defined as the extent to which knowledge workers lack the most up-to-date knowledge or skills required to function effectively in their current or future jobs. It is frequently linked to one’s ability to function well in one’s current position. As a result, knowledge workers who lack the essential knowledge or skills to do their existing professions effectively are considered obsolete. There are various causes of job obsolescence and these include:

The knowledge revolution, information explosion, and rapid changes in technology, jobs, management systems, and organizations are all contributing to the rise of obsolescence. This is the driving force, and it has a direct impact on people, their work, their organisations, and so on.

Individual traits, both demographic and psychological, can influence obsolescence directly.

Obsolescence is often considered to increase with age. This can lead to a self-fulfilling prophesy in which knowledge workers become more likely to be perceived as obsolescent as they get older, and their conduct matches the stereotype.

According to one study by iResearchNet, peak contributions and performance occur in the thirties for knowledge workers, and then gradually diminish as they get older. These findings could be a self-fulfilling prophecy, as well as a confirmation of the notion that older knowledge workers are more obsolescent.

It can be considered as the time it takes for half of the knowledge learned in one’s professional studies to become no longer valuable or applicable as a result of new advancements in the field after one has completed the formal study.

Evidence suggests that the half-life is getting shorter, which corresponds to the faster generation and implementation of new knowledge in a wide range of sectors, particularly those affected by rapid technological change. However, some fields have been shown to have a shorter half-life than others, with four years being common and others even shorter.

The shortest half-lives are seen in software engineering, computer science, and fields touched by information technology advances. Knowledge workers in fields with a short half-life, for example, have the highest need to keep current.

Cognitive ability is a crucial psychological quality that can either facilitate or hinder obsolescence among knowledge workers. Depending on the occupation, different sorts of cognitive talents appear to be linked to obsolescence. Limited mathematics proficiency, for example, is linked to engineering obsolescence, but managers need more general problem-solving abilities to stay current.

There is strong evidence that the type of knowledge workers’ first jobs has long-term consequences for their professional development and can lead directly to obsolescence. Longitudinal studies of engineers in several organizations, for example, have shown that being assigned to work that requires the application of technical knowledge and skills at the start of their careers leads to higher levels of job performance, professional contributions, and competence later on.

The greatest effect of hard work, however, was seen among engineers who were already more capable. This exemplifies how professional career advancement can occur when knowledge workers possess the necessary skills and the work environment requires them to be used.

Another example of the self-fulfilling prophecy may be the impact of work challenges. Knowledge workers who will be expected to apply their knowledge and skills to difficult tasks in their first job will be driven to improve their competence early in their careers. Those whose use is restricted, on the other hand, are at risk of becoming obsolete.

The application of knowledge and skills is a key component of the work challenge, and it has been linked to obsolescence. Misuse and underutilization are two distinct characteristics of utilization that have been found. When light intellectual demands are paired with severe time constraints, under-utilisation occurs.

Engineers found that the two most common causes of obsolescence were:

Three-quarters of the engineers who indicated significant underutilization in their profession said they had trouble keeping up with new advances. On the other side, more than half of those who do not believe under-utilisation is a problem said they have no trouble staying current.

Knowledge workers who have had a lot of job changes in their careers are better at adapting to change and adjusting to their new duties. The challenge posed by frequent job assignment changes allows them to get the most out of their KSAs while avoiding obsolescence.

There is evidence that giving a variety of job assignments from the start of a career is strongly linked to being professionally current in later years. Changes in job assignments, on the other hand, may not always assist knowledge workers in staying current. Being allocated a large number of mundane jobs, for example, does not provide challenge and is likely to contribute to obsolescence through misuse. Furthermore, task assignments should be long enough for the knowledge worker to gain proficiency in the speciality needed to do the job well.

Specialization and Diversity of Job Assignments

In their professional assignments, knowledge workers frequently become competent in particular specializations. Many people, on the other hand, want to put their skills to use in a variety of fields. Knowledge workers who have a broad understanding of key new subjects rather than a deep mastery of limited expertise contribute more to their organizations and professions. This is especially true of people in their later years.

A knowledge worker with a variety of specializations, rather than just one, is more beneficial to the business and stimulates a wider range of professional contributions. Being assigned to a small region for an extended period, on the other hand, can result in an incapacity to do other aspects of the work. When employment gets so specialized that the larger basis of knowledge is underused and forgotten, knowledge workers believe obsolescence is inevitable. Furthermore, on-the-job problem solving, which necessitates a variety of tough work projects, is the single most important stimulus for professional development and advancement.

It comprises the work environment characteristics influenced by management and organizational activities that affect obsolescence.

It is developed by the knowledge worker’s co-workers. Interaction and discussion with co-workers are valuable sources of stimulation for staying current. The influence of such communication on obsolescence, on the other hand, will differ depending on the group of knowledge workers. Engineers, for example, receive considerably more information needed to stay current through interpersonal interactions within their organizations than scientists, according to one study.

Information workers might be motivated to learn new skills and knowledge by the way workgroups are organized. Working with people from various areas might encourage knowledge workers to broaden their horizons. Not only does having a diverse workgroup encourage professionals to stay current on new advances, but having at least one “gatekeeper” also aids in the flow of current knowledge. Gatekeepers are usually the most knowledgeable and up-to-date members of their team. They maintain tight touch with other gatekeepers within the business as well as in the outside world, ensuring that the organization is kept up to date on new developments.

A participatory management approach has long been seen as the most effective way to inspire knowledge workers, as it allows them to have a significant degree of say in how their work is managed. While giving knowledge workers the freedom to explore new ideas and pursue their interests is linked to staying current, it is most effective when the supervisor consults them before making major choices that affect the group’s work.

The degree to which the supervisor understands the current knowledge and abilities relevant to the workgroup can either stimulate or inhibit the development of subordinates. Managers’ technical skills are more crucial than their human relations skills in motivating knowledge workers to stay current. The most essential reason knowledge employees follow supervisory directions is their respect for their supervisors’ ability and judgment. Technical competence is the most common source of supervisory power, and it also has a strong link to their work group’s knowledge contributions, satisfaction, and performance.

External restraints imposed by top management policies limit managers’ ability to motivate their workgroup members to stay current. Knowledge workers, for example, have expressed dissatisfaction with management rules relating to timetables or work assignments, which have resulted in underutilization or under-utilisation.

Top management strategies like these almost guaranteed that obsolescence would be a problem for knowledge workers in their business. Although underutilization or under-utilisation might be desired outcomes of management policy initiatives, such issues are more often an unintended consequence.

The following list shows examples of jobs that are slowly becoming obsolescent:

For many employees, the previous year has been a roller coaster, with millions filing for unemployment, at least temporarily, and others having their hours reduced. While the tourist and hospitality industries have been particularly hard impacted by the COVID-19 pandemic, the outlook for sectors like health care and technology is brighter. Many IT professionals discovered that they could easily move their job from their offices to their houses. The following table shows the most secure jobs according to US Today:

As workforce experts, it is important to continuously learn and improve especially in this 21st century because without these skills it is impossible to successfully contribute towards the growth of the global economy.  Some of the important skills to start learning and building on include: