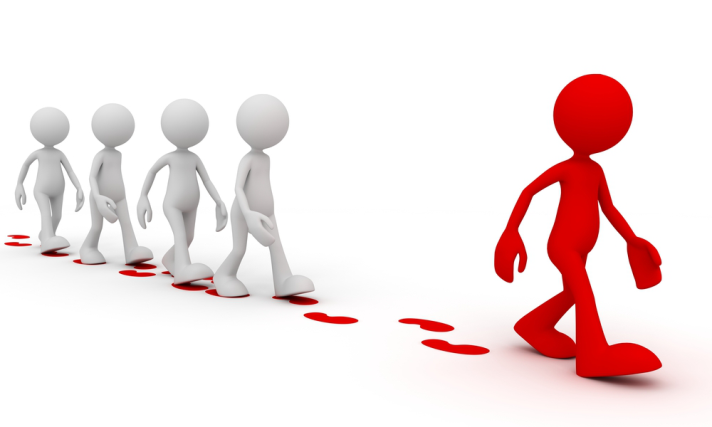 Our need for hierarchy and leadership is rooted in our biology. This is why our society is set up the way it is today. We live in a culture in which certain people appear to have a lot of freedom to do what they want and others do not seem to be self-determined at all. Leaders Eat Last is a book by Simon Sinek which explores this by comparing our current society with the kinds of societies we would have existed in thousands of years ago — including their many technological advancements and complicated structures that can lead us to disarray. In doing so, we find that this division into “leaders” and “followers” is merely a natural consequence of our nature, but this does not automatically mean that all the leaders are healthy and make them worth following.

This all comes down to hormones that developed over aeons to help us survive by regulating our emotions and moderating our behaviour and that affect us just as much today as they did tens of thousands of years ago. Today, they encourage professional athletes to reach their best results, for example, cyclists. In hunter-gatherer societies a rush of endorphins allowed hunters to push for miles to secure meat for the community, which in turn earned them the privileges of a higher status. Weaker people, who could not engage in the hunt for one purpose or another, had to embrace less glamorous positions, such as fruit-gathering. The first step on the road to social dominance was this distinction between the “stark” and the “weak.” However, though it is undoubtedly responsible for these class distinctions, hormones often add unity to these hierarchical systems by giving the weaker individuals, as well as the chief, a warm feeling of serotonin or oxytocin towards one another, rather than destructive envy stings.

A feeling of safety is our main engine of progress and the group and its leader have to ensure it. Living in a group provides many advantages when it comes to survival, the most important of which is that we don’t have to face threats alone. This gives us a sense of security that helps us to concentrate on making change, rather than preventing risks. We found danger around every corner in prehistoric times: we had to protect ourselves from predators, other people and diseases whilst at the same time trying to secure food and shelter. Nevertheless, living in a community helps us to divide the tasks required for self-preservation, allowing us to focus on more particular goals, such as fashioning better resources. This in effect helps us as societies to advance. As such, our brains have developed to give priority to feeling safe, which is why we are all doing weird things like remaining in jobs we hate because they make us feel safe.

Yet protection doesn’t just come out of nowhere: it’s the leaders of a group who build a protective circle around their community members. This safety circle defines a group of people who share common values and beliefs, and are working to protect each other from attacks. Members will trust each other within this circle and therefore pool their resources to advance. Yet it is the chief who decides to what degree the circle spreads. Bob Chapman, for instance, changed the course of management history at HayssenSandiacre by dramatically widening the security circle, allowing free access to company products and services for all workers. Working in a secure and trusting atmosphere established a bond between the employees of the organisation, who even in times of personal crisis started to support one another. Some also had their own paid sick days passed to those in need.

Because living in a community makes us feel secure today just as when we were living in caves, we do need a leader who can help us pool our energy and make progress. Today, the leader determines the culture and ideals of an organisation and therefore the mind-set of its workers. If we picture a CEO, we always picture someone closing off deals and bringing profits through the roof. Yet running a company successfully has as much to do with creating the culture as it does with managing finances. It is because an organisation is more than just the amount of its houses, creditors and employees. This also embodies a philosophy that determines how workers handle various problems, manage customers and uphold values. And when leaders like CEOs dictate how the business is run, they are also developing its culture.

We can learn a little bit about how this works by looking at Goldman Sachs’ history: the company operated under the motto “long-term greedy” between 1970 and 1990, showing a willingness to stand by customers even if that meant short-term financial losses. Business culture doesn’t only influence leadership – it stretches down the hierarchy by setting the expectations that workers have to follow to get hired and remain with the organization in the end. Another exceptional example of how corporate culture affects workers can be seen in employee courage at the Taj Mahal Palace Hotel, which ensures that the needs of the guests come before those of the business.

In 2008, terrorists targeted the hotel, and several workers who had previously fled returned to support the guests, some even forming human shields to defend escaping hotel tourists! Of all the people lost that day, half were hotel workers. Now that we have understood what leadership looks like, the following blinks will tackle the dramatic consequences of poor leadership. Our obligation derives from our closeness to others and empathy for others, without which we can cause great harm. Being in a leadership position doesn’t automatically mean that you’re a strong force. If the bond is somehow broken between the leaders and the squad, the effects can be devastating. Essentially, this is because accountability is simply about caring about others; when we’re away from the people we are responsible for, we are less careful about the damage we do.

The sense of duty derives from the empathy, the desire to put ourselves in another’s shoes. Without empathy, we risk being emotionally detached from other-affected decisions. And if we add physical distance to the mix it leads to abstraction, where the effects of our actions appear less real than they would otherwise. In the Milgram Test, we see proof of complexity in which one group of volunteers, called Teachers, and were instructed to press buttons that would inflict rising severity electrical shocks – from a mild sting to a potentially lethal jolt – on other participants, called Learners. Unknown to the Teachers, the Learners were all performers who were not surprised at all. Although several participants showed considerable distress in inflicting obvious harm on the Learners, Milgram found that the less closeness a Teacher had to a Student, the more likely they were to continue the experiment. More than half of one group’s participants, who couldn’t see or hear the Learners’ writhing and pain cries, ultimately administered what must have been deadly voltage!

When abstraction happens, we start prioritizing our interests over those of other people, which can lead us to take aggressive decisions at the detriment of others. Consider the Titanic’s maiden voyage, for instance. The lives of the passenger were mere abstractions to the management, which is why they decided to cut the cost of extra lifeboats. While additional lifeboats may not have stopped the Titanic from sinking, many needless deaths led to this kind of callous decision-making. Weak leadership has led to the selfishness of modern-day and the dehumanization of others. Being part of a group, as we have already seen, offers us a sense of security and a chance to progress. Instead, feeling isolated and insecure makes us greedy and leads to the dehumanization of others.

We see that easily when we discuss the baby boomers or the generation born after World War II. They were more egoistic than their parents, having grown up wealthy by a booming economy and outnumbering the generation of their parents. However, the younger generation’s natural tendency to challenge the previous one’s ideals made the baby boomers more self-centred and dismissive of authority than their parents, who had survived the war by pulling together. This preference for self-centred behaviour over-unity can be seen in how the baby boomers supported the handling of the strike of air traffic controllers by President Ronald Reagan in 1981. Reagan fired 11,000 striking workers, siding with firms that opposed the demands of air traffic controllers for better payments and prioritized profits over the well-being of the workers.

If we prioritize the pursuit of gain above anything else, this may lead to dehumanizing others. This is due, in part, to the technology that allows for global business. Since corporations work on such a large scale, it is easier to think of individuals as abstractions, including customers, shareholders or expenses. Therefore, we are more likely to dehumanize others, i.e., to see them as artefacts that serve a particular purpose, than to see them as living, breathing beings with their own needs and desires. Think of the 2009 salmonella outbreak, for example, which claimed the lives of nine people and killed hundreds more. Why did the outbreak happen? The Peanut Corporation of America supplied more than three hundred companies with contaminated peanuts, thus allowing the disease to spread.

Inside the word itself, the true meaning of the term “leader” can be found: you must guide people in a certain direction, show them the path and give them a reason to walk on it. And on that path, to make sure that every member of the community makes it to the end, the leaders have to follow last in line. True leaders prioritize the group’s needs over their own and thus ensure progress for the group as a whole. Because the vision of a leader is a cause for action, it’s important to make sure those leaders are a force for good. 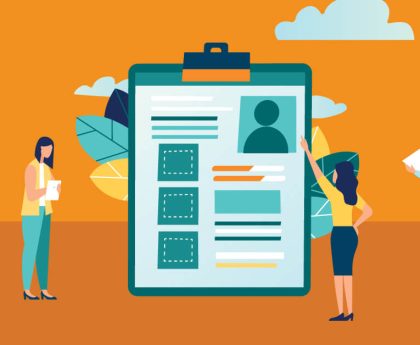 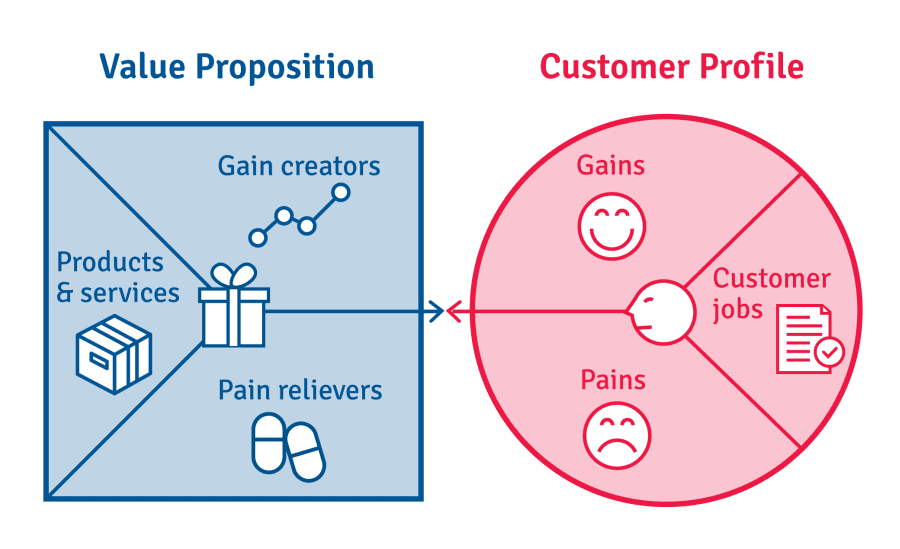